Kaya is a soon to be 13 year old lab with a severely distinguished white face.  She loves eating and sleeping (these days more than ever).  Like most older, big dogs her arthritis is pretty advanced, but she takes it all in stride.  She also still loves her romps in Central Park, camping, swimming and frequent trips back to her hometown of Philadelphia.  Kaya’s taken to eating massive amounts of Central Park dirt in her old age and her owner doesn’t mind as it seems to regulate the old lady/grandma (two of her least loved nicknames).  She can often be found begging for treats on the Great Hill and acquiring several fingers in the process.  She means no harm and likes to blame her owner (art teacher and artist)  for not training her properly. 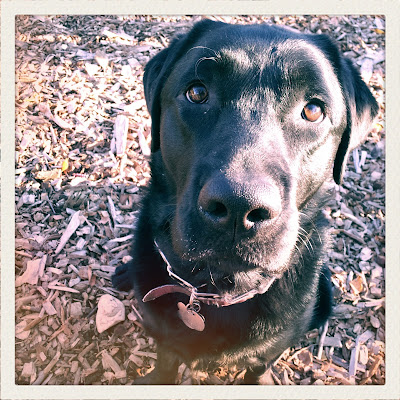 Alvie is a true New Yorker, named after Woody Allen’s character in Annie Hall.  Being that she’s female, the ‘y’ was changed to an ‘ie’ in an effort to fem it up a bit.  Alvie loves just about everything and everyone and could probably be considered one of the happiest dogs on the planet.  The two and a half year old sister to Kaya is known for her full body wiggle and cuteness.  Other than eating, her favorite pastime is getting attention.  Like Kaya, she also loves the park, camping, swimming and trips to Philly to visit her cousin, Haydn.  Although, she doesn’t love sleep quite as much as her older sister- Alvie’s been known to be awake and staring at her mom well before the weekday alarm goes off at 5:30am.

Both beautiful dogs live with their mom, Sara, who besides being a dog mom is also an art teacher and artist.